so.. i know lots of grown ups in malaysia are not into cartoons. if you are one of them, doesn't matter. just read on XD 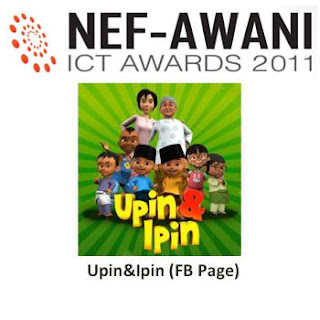 what's this about? well theres this award coming up called the NEF-AWANI ICT Awards 2011 and UpinIpin is one of the finalists under Favourite E-Community category.

this year the organizers have made this poll voting system on facebook to choose the winner (that i think quite silly) and people are starting to vote. but not many people have voted though. that's what i think people dont know about the award.

so if u do have facebook, please do vote for your favourite (and if u like UpinIpin u know what to do lah ^^). it is free and it is not hard to do. a bit confusing yes but not too hard.

and spread the word ya. vote vote vote
thanks~!
Posted by kusut at Sunday, January 08, 2012 No comments: 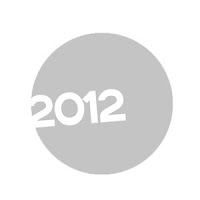 yeah i've placed 'blogging' at a rather low priority lately.

2011
has been quite a year. finally got the chance to travel to europe, took lots of pic and visit my brother who's lived there for over 10 years. it was during the summer in edinburgh, but it was colder than winter in adelaide where i lived at the time @_@. the highlight of the trip - the lourve, the national history museum in london, stonehenge, and paris disneyland!!

in 2011 too we moved back home to malaysia, found a house in kajang and i got my old job back and trying my best to catch up (and improve even) after not working in animation for over 3 years. as icing on the cake, pada zaman dahulu, the project i worked on since i joined the company, premiered on tv al-hijrah (malaysian new tv channel, an islamic themed channel)

2011 too is the year all my family members celebrated raya in the same country after over 10 years. all my brothers and sister celebrated the first of syawal this year at our kampung in karak and it must have been awesome.as for me, i however was not there. doesn't matter.. at the very least, all of us are finally in the same country ^^

so 2011 have been quite exciting. i especially loved the 'getting my job back' part.


2012
the start of this year we went back to penang - my wife's kampung. her granma was ill so the family gathered there. although it might sound like not the best way to start the year, it is an opportunity for me to get to know the family on her dad's side better.. to get to know penang too. new year's eve we queued up in a long line for 'nasi kandar beratur'.

and the next day, 1/1/2012, while waiting at the hospital's tv room, 'geng' movie was on disney channel and we watched it till the end and we made a big deal about my name coming out in the credits. lol. but fun

and since coming back from australia, i've started playing basketball again. though we have not been playing for a few months, we did start playing again yesterday. the group was not a highly skilled, very serious kind.. so we had lots of fun and lots a great time playing basketball

so this year, i hope i'll spend more time playing basketball and be healthier.
and i hope the company will grow more and produce more (and better) products ^^
and i hope to improve my skill and knowledge in 3D this year
and i hope to not download too many stuff especially local products

so those are my resolutions.. kinda


owh.. and read those books i have (the ones i've not read lah) and get new ones
Posted by kusut at Sunday, January 08, 2012 No comments: